In April 1936 the Chief Pleas voted £45,000 to build a new forty-one feet deep harbour at La Maseline. The contract was given to Sir Lindsay Parkinson & Co Ltd and building preparations started on June 11th 1939 - The original contract being for £45,604 8sh 9d. It was never completed by them before the war due to the island being occupied by the Germans in July 1940. It was not until after the war that the breakwater was completed with the cost now being nearly £50,000.

Though Sir Lindsay Parkinson & Co Ltd constructed the harbour, Messrs, Coode, Vaughan-Lee, Frank and Gwyther were the chartered civil engineers - they were based in London; Diver, Mr. D.C. Coode, took over the duties of resident engineer on April 15th 1940 after the death in March of Mr W.J. Badcock who died in March. He continued throughout the German Occupation and also was appointed by the Germans as Engineer in Charge of some repairs to the Alderney breakwater by the tipping of granite blocks on the seaward side to stop the mole being washed away. (started May 1943 ended October 8th of the same year). Mr Coode left Sark soon after Liberation in May 1945.

Mr. John F. Matthews who was also there during the Occupation and subsequently became Resident Engineer after May 1945 was given three days by the Germans to remove various pieces of machinery from the harbour otherwise it would be blasted away, even though it was obvious the works had not been completed - thankfully this threat was never carried out as the German Commandant had need to use his men elsewhere at the time. While the work of dismantling was being undertaken by the engineers, common sense prevailed and the machinery was left in place to be used again after the war when the harbour work was started on October 11th 1945.

Concrete was used in the construction of the harbour, with stone being quarried from the hillside above and crushed on site. When news of German Occupation was on the way, the 50 h.p. National engine that operated the Stone-crushing plant, was greased and covered with bags plus scraps of iron and finally buried with quarry debris - the Germans never discovered it, and when uncovered after the war, it started again by turning the flywheel!

In this Gallery are some unique images from a private photograph album in the author's possession showing the start of the breakwater build and some of the personnel involved. Mrs Hathaway as she was then known, is also featured with her husband being shown the work in progress.


SHOWN BELOW (SEPTEMBER 2019) IS A BOOK PREP EXTRACTED FROM A TAPED CONVERSATION - CONCERNING GEORGE W BROUARD WHO WAS A CLERK OF WORKS OR PAYMASTER FOR SIR LINDSAY PARKINSON, WHO WAS UNDERTAKING THE COMPLETION OF THE MASELINE HARBOUR IMMEDIATELY AFTER THE WAR.

After the Germans had left Guernsey and life settled down into some sort of normality, we had bought the cottage, and then we had to start looking for a job for Norman, because we had to live on something, not our savings, and he got a job with Sir Lindsay Parkinson who was building the new Maseline Harbour74, in Sark. Norman’s job was to be completely responsible for all the wages, all the materials that had to be ordered and checking that everything had arrived and was coming at the right time. He was the complete factotum for the new harbour. The original harbour that was in Sark was through the tunnel in the cliff and was called La Creux Harbour. This new one would take the bigger boats with all the thousands of visitors that they anticipated would come to Sark.
L: And always enough water which La Creux Harbour didn’t have.
M: Yes, that was the chief thing, the tide went right out of La Creux Harbour and the arriving low water boats had to have their passengers rowed ashore. Whereas the Maseline Harbour was built on the other side of the cliff promontory where there was always enough water. So we had to up stakes and move over to Sark. In fact, before I went he had found a boarding house to take us in and we went to the De Carterets which was opposite the Island of Brecqhou, a lovely spot and we stayed there for a couple of months, Lindsay and I and Norman. Norman would walk to work each morning, there being no cars in Sark and at that time no tractors were allowed on the road. But there were horses and carts which you could travel by if you couldn’t walk, and so we stayed at La Fregondee. We stayed there, I suppose, a couple of months or three and then Norman found us a little cottage we could rent and that was at La Ville. I don’t know why it was called this because there wasn’t really a town in sight. There was just one road with a butcher’s, a grocery shop, and the bread was baked by the grocer. There was a chemist and a bank.

74 The Maseline Harbour was decided on before the WW II but completed 1948. I remember Dad said that German prisoners of war were used for quarry work immediately after Liberation, but I have found no facts to support this memory.


WITH THANKS TO GEORGE W BROUARD'S GRANDAUGHTER, LINDSAY KING, FOR ALLOWING THIS BOOK PREP TO BE SHOWN BEING SHOWN ON THIS WEBSITE.

The information shown here is fairly minimal and the author would be grateful for extra information to include on this site (due credit will be given).

The person in the white shirt with his back to the camera and shown looking at in the direction of Mr Hathaway in one of the images is Douglas Coode, diver and resident engineer after the15th April 1940. His Grandson has kindly given permission for the following information to be shown on this website:-

Douglas Coode came over from England - where he already had a young family - to work on the Maseline Harbour, and was caught out by the rapid German arrival. With other members of the Matthews Party he was given the choice of working for the Germans for the duration, or a prisoner-of-war camp on mainland Europe. He chose the former. I have a letter written by Matthews at the end of the war testifying to Coode’s having been as unhelpful as he could get away with on the tasks he was assigned. John Matthews wrote ‘That giving advantage to Guernsey was done willingly and well, that having any military use was done lingeringly, loafingly and with loathing. In all of the above work Mr D.C. Coode, M.I.C.E., gave of his very good best in the direction given by me, and secretly, whilst seeming to carry out German instructions. The reason for this certificate is my strong desire to record my gratitude for the unswerving loyalty of Mr Coode through the period mentioned above of the German occupation and the confidence it gave me to carry out “Failures” without this loyalty such work would have been more dangerous if not impossible. I am indeed grateful.”

Coode was evidently allowed a reasonable degree of freedom during the occupation. He got involved in amateur dramatics, taking roles in the shows produced by Basil Meiklereid. That is how he met Nick McGhee's grandmother, with whom he lived at St Martins, Guernsey for a few years, and they had a son. He returned to England on HMS Bulldog right after the liberation. 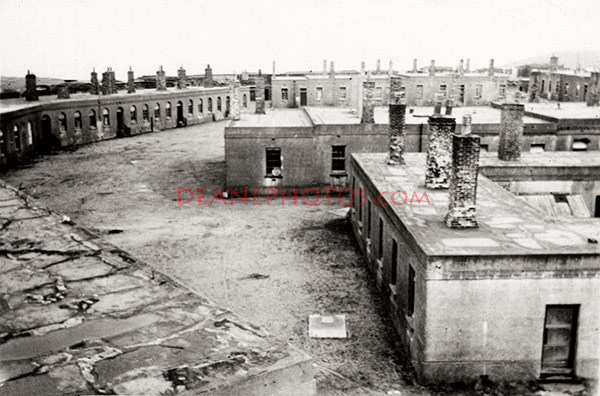