Thomas Singleton (1846 – 1915)
Thomas was born in the Isle of Wight, the fifth son of Peter Singleton and Elizabeth Grant. Sometime between 1851 and 1861 he moved with his mother and one elder brother, Charles to Guernsey. it is not known why they moved to Guernsey or what happened to his father, Peter.

Thomas was taking photographs in all of the Channel Islands, and was helped with the printing by his wife and two of his children, Mary and Hamilton.

This collection is quite extensive, so it will take some time to scan and complete.

Documentation held, infers that photos were taken in Jersey with reference no's from at least 401 to 486 - there may be others. There were also alternative views of the same subject marked 'a' or 'b' after the reference number similar to the Guernsey numbering system. The known numbers with alternative views are as follows:-
419a & 419b Grand Hotel
433a Corbiere
480a & 481a Mont Orgueil

Therefore there were 90 or more photographs taken in Jersey by Thomas Singleton. If anyone has any photographs that they cannot identify due to a faded reference number and inscription, please contact me as I may be able to help. In most cases, there is a purple ink stamp on the back with " T. SINGLETON LANDSCAPE & GENERAL PHOTOGRAPHER GUERNSEY." 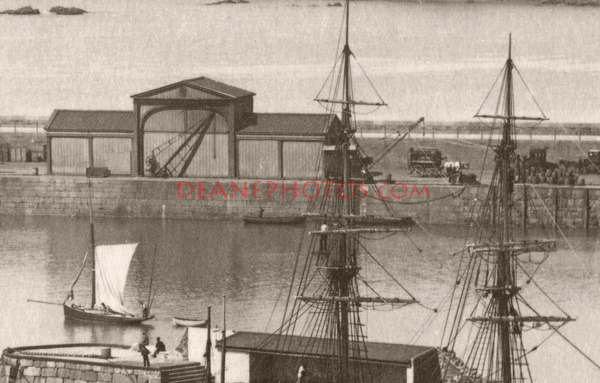