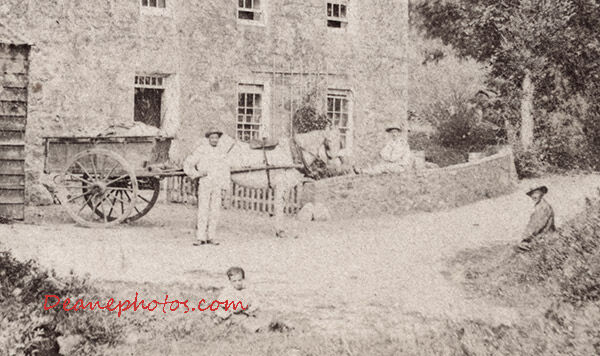 Valentin's full name was 'Leopold Alexandre Valentin Guillon' and was born in France and moved as a young boy to Jersey with his family c1861.

In the Jersey 1871 census, Valentin is stated as his listed name and being aged 16 years old. His father is a commission agent and they are living in Museum Street, St Helier, and his name is shown as 'Valentine' ( with an 'e'). This point is important as sometimes Valentin's photographs are wrongly attributed. The family are not listed on the 1861 Jersey census.


Valentin became a photographer and current research intimates that he moved to Guernsey in about 1873 and operated from 3 Vauvert Street, St Peter Port.

Shown below are three examples of carte de visites and their handwritten backs plus a larger image of the Saumarez monument in Delancey Park being constructed in 1877 CLICK HERE.... for selected enlargements of this image. The Saumarez monument image , does not have handwritten wording, but is printed. Though very worn, at close study the letter 'V' can be ascertained.

It seems that Valentin was primarily an outside photographer of buildings and landscapes as no studio shots have come to light under his name.

He seems to have an entrée to Victor Hugo, as four images taken in the garden of Hauteville House taken in 1878 have been attributed to him and they can be seen on the following link to the Paris Musees Collections

The Priaulx Library in Guernsey have at least two of Valentin's photographs on file and maybe more.

Circa 1879, he was back in Jersey and listed as operating from 61 New Street, St Helier. However in 1880, he left Jersey with the rest of his family and went to England. It is believed that his brother Maximilian moved to England sometime after 1871and later became a photographer as well. In England Valentin continued to be a photographer.

CLICK HERE for further information on Valentin & his brother Max ... 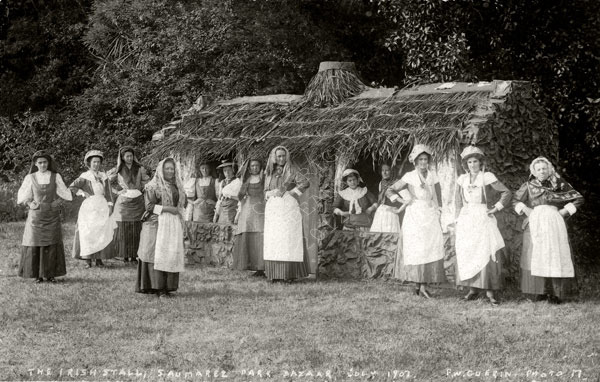