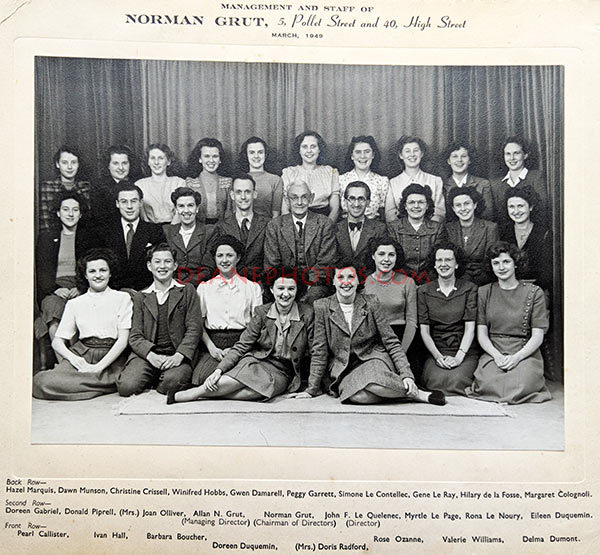 This image has been kindly sent by Denise Simpkins whose mother, Peggy Garrett who is shown in the back row moved with her family to live in Guernsey as a teenager & took a job at Gruts shop.

The photograph shows Management and staff of Norman Grut in March 1949, Peggy was 17 at the time.


A SHORT HISTORY OF THE GRUT PHOTOGRAPHIC BUSINESS

Some images marketed and taken by Norman Grut. are shown below the editorial.


A small exhibition of Thomas and Norman Grut's work took place in Guernsey in March/April 2013 at 'the greenhouse' which is the Guernsey Arts Commission's dedicated space committed to the nurture, cultivation and exhibition of ideas and projects.

Thanks to Mike Deane and the Scholars at Hauteville House for the all the information and research they have contributed to this text. 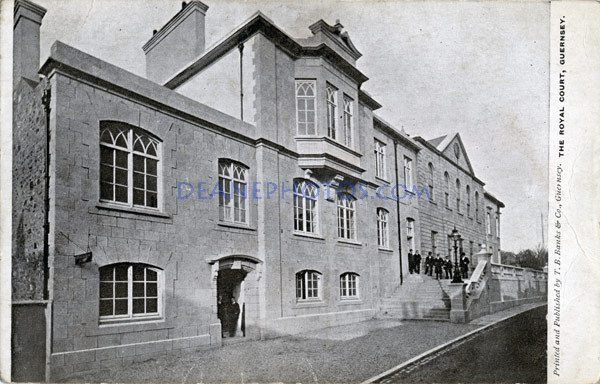