These photos show King George VI and and the present Queen's mother at Guernsey airport on 7th June 1945.

Photographs detailed show the Royals arrival or possibly departure - the plane is No. 24 Squadron's VIP Dakota MK.IV (serial KN386). Behind the Dakota with the Royal Standard flying is another plane is this the Dakota KG770 which has been previously listed as the plane the Royals flew in by the Imperial war Museum?

John (Jack) Hannah DFC was W/op on the Royal Flight and images from his log book are shown here by kind permission of his son Ian. The King and Queen have signed the last entry and by so doing have confirmed this above information is correct. The log book images are the copyright of Ian Hannah.

There does seem to be a conflict of information available as the Imperial War Museum list another Dakota KG770 as being used on this trip which is clearly wrong as the details shown in the accompanying images taken from a flight log book show KN386 as the Dakota taken .


The IWM has no detailed record of this flight to Guernsey (there is also no mention of KN386) For Information-- CLICK HERE... A possible explanation could be that two aircraft arrived in Guernsey, one being a backup. Two aircraft can be seen in one of the images and also in the second silent Pathe film, showing a static shot and a second aircraft landing.

O-76428, originally 44-76428, was assigned to the RAF in February 1945 as Dakota IV KN386.
She was returned to the US after WWII, where she was rebuilt as a VIP transport (VC-47) and gained her USAF "O for Obsolete" prefix.
While assigned to the 8th TFW and parked on the apron at Ubon RTAFB, Thailand, on the 28th July 1969 she was damaged by a satchel charge placed in her port wheel well.
She was dispatched to AMARC by December 1969 and declared excess in July 1970. (Thanks to P. Bellamy of Airfield Information Exchange for this extra information.)


For A British Pathe film of the visit -- CLICK HERE...


For a silent unedited version showing other scenes -- CLICK HERE..Though it seems that there could be one or two unrelated clips - I am sure Eisenhower is shown 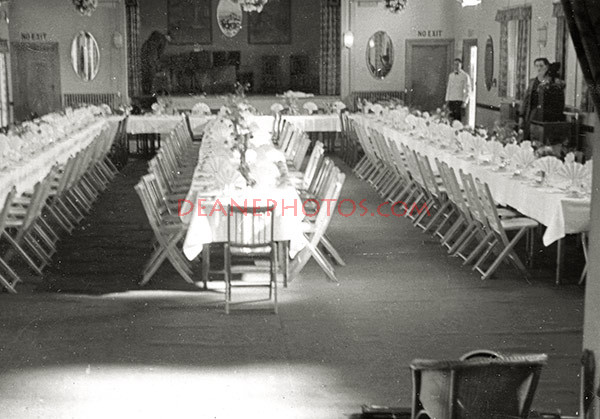