Barbet was not a photographer but a bookseller and publisher. This this sole, very early cdv of Sark shown here has his name prominently displayed on it. Who the actual photographer was under contract to Barbet is not known at this time.

Later Barbet's premises were later occupiied by Staddon and Grigg, and after a few years by Mr F B Guerin. Those who can remember as far back as the 1960's and 70's will recall Fuzzeys being there as well. The premises are now part of Creasey's. 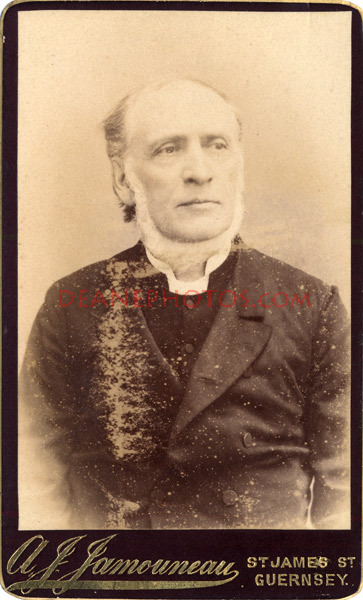