The trip home to the London Docks shows some interesting outside deck images of the SS. ISLAND QUEEN, ending in a row boat at the London Docks.
Life on the Ocean Wave Deck Quoits No 2 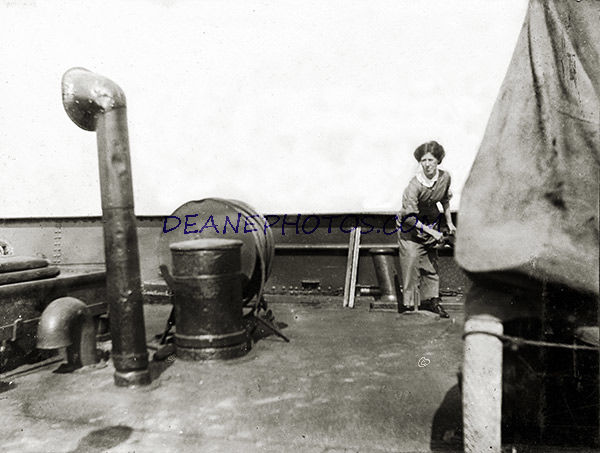