Back
HERM - by TA Bramley
Thomas Bramley produced postcards of all the Bailiwick and was based in Guernsey.

He took photos in Herm during the 1920's and maybe in the 30's.
The White House Herm 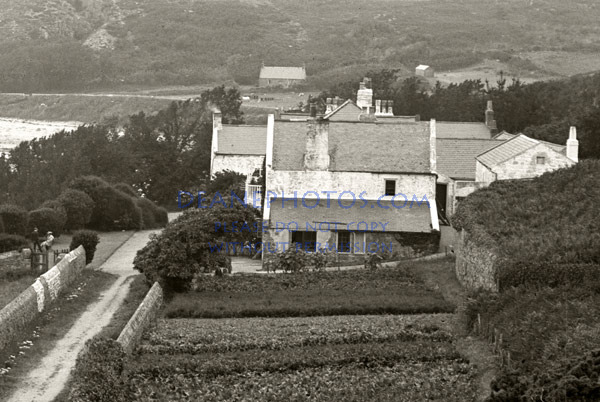 An enlargement of the previous photo showing the Whitehouse and a vegetable garden where the swimming pool and lawn is now. The lack of trees shown here makes the view completely different to what it is today.

An enlargement of the previous photo showing the Whitehouse and a vegetable garden where the swimming pool and lawn is now. The lack of trees shown here makes the view completely different to what it is today.