Back
ALDERNEY - By TA Bramley
Thomas Bramley produced postcards of all the Bailiwick and was based in Guernsey.

The author has in his collection some glass negative plates that have yet to be proved are Bramleys - help with this would be appreciated once they are online. It also has to be remembered that most photographers take more than one shot in a particular location, and it is only after the film has been developed and studied that the best image of the batch will be used for production. it is therefore not inconceivable that similar shots exist that did not make it the the postcard production stage.
Le Cocq's Shop in the High Street Alderney 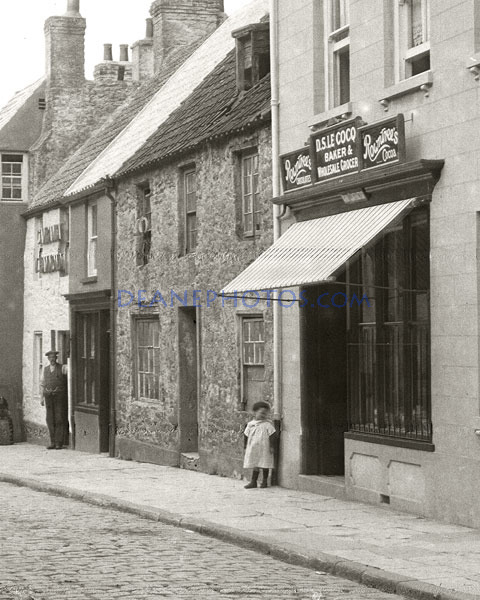 Another crop showing detail on the original Le Cocq's Shop

Another crop showing detail on the original Le Cocq's Shop